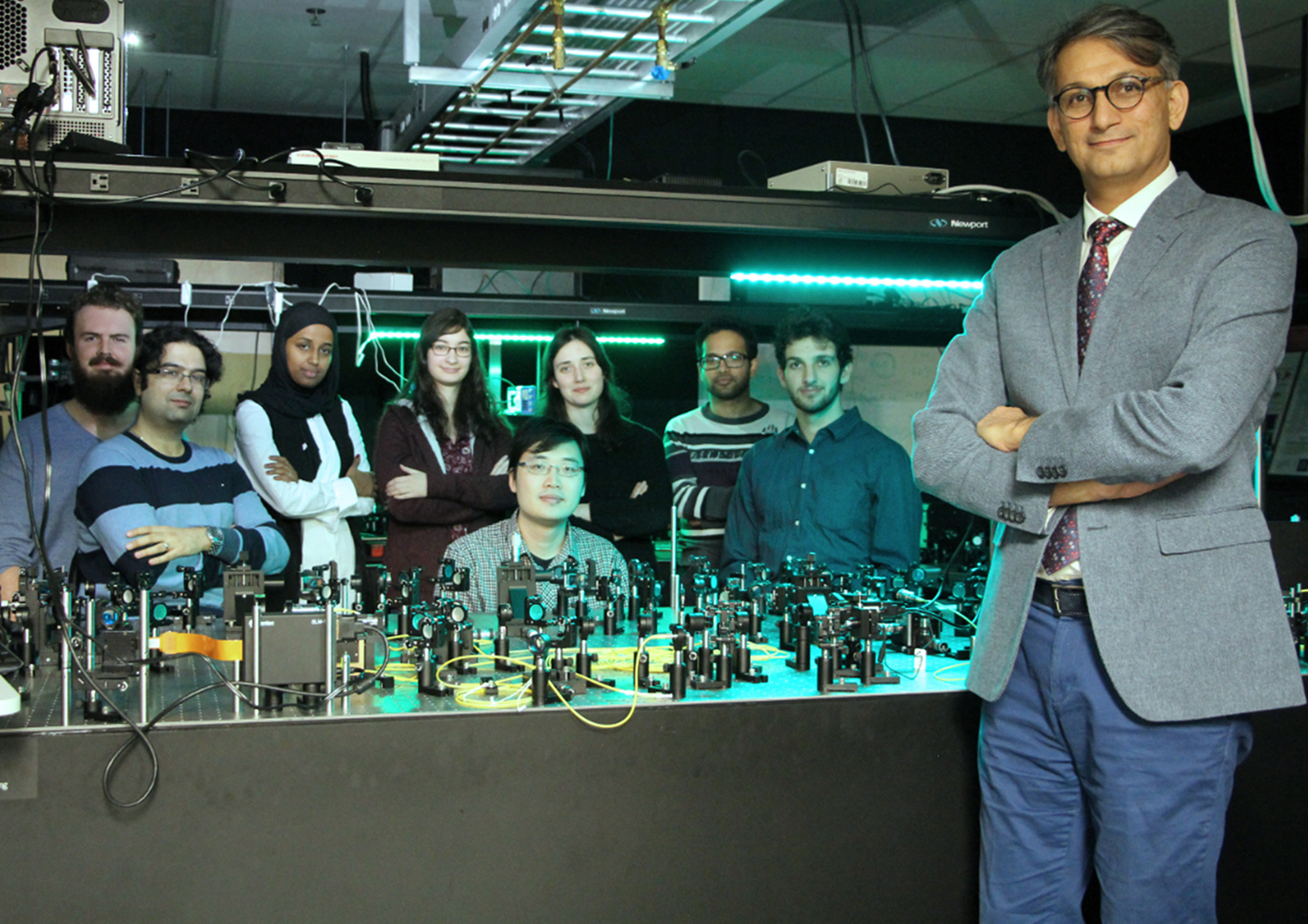 A team of researchers led by Professor Ebrahim Karimi at the University of Ottawa has created the first quantum simulator designed to model ring-shaped or cyclic systems.

The new simulator will allow researchers to quickly model physics scenarios that used to require an impractical amount of computing power.

A quantum simulator is a category of quantum computer, but instead of processing calculations and spitting out a number, it simulates an exact model of a quantum system.

Karimi has been making steady progress on the simulator with his team since 2011. In 2015, they built a simulator for line-shaped systems which Karimi called an “easy” discovery. Ring-shaped systems remained a puzzle until the breakthrough suddenly came to Karimi while travelling in 2017.

Both ring and line-shaped systems appear in nature, but the more complex ring-shaped systems create the foundation for most organic molecules. This breakthrough simulator opens the door for greater access to a detailed understanding of the building blocks of life.

The fundamental principle of quantum mechanics is superposition, which implies that a particle can exist in multiple places at the exact same time. Quantum computing relies on superposition to process large calculations and simulations. Normal computation operates by interpreting bits—a simple zero or one. However, by harnessing the power of superposition, quantum computing can model systems well beyond current computational power.

According to Karimi, physics is all about knowing a system, any system—whether it be a solar system or an automotive system. Once physicists know the laws and physical properties of a system, they can predict what will happen.

In classical physics—the world of Newton and large objects—systems of two objects can be solved precisely. However, three or more objects can become extremely difficult to predict, which is when a supercomputer is used to execute the calculations quicker. Once you move into the world of quantum mechanics, it only gets more complicated.

Karimi explains that in the quantum world, even two objects can be problematic for computers to calculate because of superposition. In these sorts of situations, physicists do not use computers but instead attempt to identically replicate the quantum system in question, allowing them access to the physical properties and hidden mechanics of the system. Quantum simulators, like Karimi’s are used to do exactly that.

Karimi’s team uses a technique known as quantum walking to simulate the natural world. A classical walk is simply the generation of a random path by a ‘walker’ either moving left or right each step based on the outcome of a random event—like the flip of a coin. On the other hand, a quantum walk can generate all possible paths by exploiting the superposition properties of the walker. Quantum walks are currently used in various quantum computations and algorithms, but the U of O team applied the idea in a closed loop—allowing the team to run faster and more complete simulations.

Karimi and his team have their eyes on more than just simulating molecules. They’re working towards applying the technology to microfabrication—the assembly of tiny structures at a molecular scale. The simulator is currently spread five feet by three feet in the laboratory, but they hope by next year it will be down to just three millimetres. This reduced space would allow faster, more frequent simulations that will give researchers information that used to take months to compile with conventional computers.

Article originally featured on The FULCRUM: