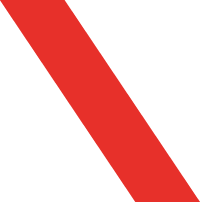 Peter Peters’ Science Bash was originally in German, for the benefit of students of the Gymnasium Zitadelle in Jülich. The above video features the English version of the same talk, held at TEDx Maastricht.

About
Prof.  Peter Peters was instrumental in improving cryo-immunogold EM and vitreous cryo-sectioning. His team discovered that mycobacteria causing tuberculosis move from the phagosome into the cytosol (one of the top 10 cited articles in tuberculosis in the last 10 years). He initiated the Netherlands Centre for Electron Nanoscopy (NeCEN). He co-directs the Maastricht Multimodal Molecular Imaging Institute, in which native unfixed cells are studied with 3D cryo-electron tomography in order to visualise molecular machines in the context of cellular organelles. His group aims to resolve the type VII secretion system of Mycobacterium tuberculosis within the phagolysosome. He initiated a new start-up CryoSol-World, that will produce the next generation vitrification devices called Vitrojet. Vitrobots developed in Maastricht have been distributed to more than 500 cryo-EM labs worldwide. His research has been reported in 120 articles with more than 25000 citations.
www.maastrichtuniversity.nl/m4i