Welcome to the Q-SORT Interdisciplinary Webinars! Thank you all to those that followed us live yesterday. You can watch again below.Further info:Low-damage multi-pass electron microscopyMark Kasevich, Stanford University (USA)The talk illustrates various approaches beign pursued in order achieve to multi-pass electron microscopy and summarises the recent efforts in this field by the group of Prof. Kasevich at Stanford.Remember there are 2 more Webinars coming – today at 14:45 and tomorrow at 11:00 CET: www.facebook.com/events/127492951455528/

One of the most important issues in electron microscopy is the so-called “dose problem”, that is to say the fact that many samples of interest, such as biological systems, are so sensitive to the number of electrons hitting them that they are easily destroyed or damaged. The idea of multi-pass electron microscopy is to increase the signal-to-noise ratio of the microscope not by sending more electrons through the sample but instead by making few electrons pass through the sample more than once. This allows one to increase the phase signal, which is the main effect that objects such as proteins have on the electron wavefunction: in other words, many biological systems of interest have little effect on the amplitude of the electron wavefunction but impart on it a significant phase – the multi-pass approach allows one to improve this phase signal.
The webinar illustrates one of the approaches being pursued in order to achieve multi-pass electron microscopy. It delves into the technicalities involved in its implementation and summarises the recent efforts in this field by the group of Prof. Kasevich at Stanford, which at present (June 2018) is the only one in the world to have built such a machine.
The talk also touches upon other topics related to the idea of a quantum electron microscope. The latter is an even more revolutionary concept, which, thanks to the peculiarities of quantum mechanics, allows for interaction-free measurements. Due to the nature of its working principle, such measurements, however, are limited to the silhouette of the sample under observation.

The webinar is aimed at:
– spreading awareness amongst physicists of the new possibilities afforded by multi-pass techniques
– exchanging ideas between scientists for furthering joint research
– promoting dialogue between the physics and biology/biochemistry communities, establishing a
common language between the two disciplines. 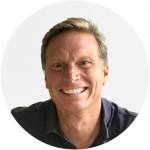