Electron-light interactions and the various mechanisms lying within this context have been discussed from the very early days of the rise of quantum mechanics. Transition from classical concepts such as Thomson scattering to more advanced quantum mechanical counterparts like Compton scattering, photoelectric effect, and more recently free-electron lasers, opened the way towards designing precise accelerating mechanisms [1, 2]and radiation sources [3, 4].

Here, we first discuss about electron-light interactions from the classical point of view. Mainly, we consider inelastic interaction of electron beams with optical near-field distributions in nanostructures. We further investigate the conservation of momentum and energy both from quantum mechanical first principles and classical electromagnetism, and show that near-field distributions can act as a mediator to transfer the energy between electron beams and light [4]. Moreover, this inelastic interaction can be employed to design coherent radiation sources, based on the contribution of the excited fields to the radiation continuum [5]. Moreover, thin film electron-driven photon sources can be employed inside electron microscopes, for the purpose of spectral interferometry [6].

In a second part of the talk, we will discuss electron-light interactions from semi-classical standpoint. First, we investigate the free-space interaction and consider the generalization of Kapitza-Dirac effect (KDE) to address quantum-coherent phenomena which occur as a result of interference between ponderomotive and absorptive/emissive parts of the minimal coupling Hamiltonian [7]. Then, we talk about the interaction of point-projection slow-electron wavepackets with light and nanostructures [8]. We will show that the coupling strength between electrons and near-field light is increased by decreasing the electron velocity; hence demonstrate the sensitivity of slow electrons to the electromagnetic interactions, covering both elastic and inelastic scattering. Our understandings particularly validate the suitability of point-projection electron microscopes for time-resolved spectroscopy and holography experimentations, at the benefit of employing less complication compared to the electron-optics in transmission microscopes. 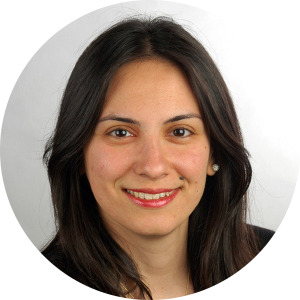 Nahid Talebi is a group leader at the Max Planck Institute for Solid State Research in Stuttgart. Her research focuses on investigating near-field-enhanced electron-photon interactions using slow and fast electron microscopes. Her main interests include advancing the time-resolved electron microscopy methodologies and in-depth understanding of the dynamical interactions using time-dependent and self-consistent analytical and numerical techniques. Talebi has received her B.Sc. and M.Sc. from the University of Tehran in 2008 and 2011, and then she moved to the Max Planck Institute for intelligent systems in 2012 as an Alexander von Humboldt research fellow. In 2015 she joined the Max Planck Institute for Solid State Research as a scientist, and in 2018 she received the ERC starting grant NanoBeam. Outcome of her research until now are several high-level publications, patents, and invited review papers.