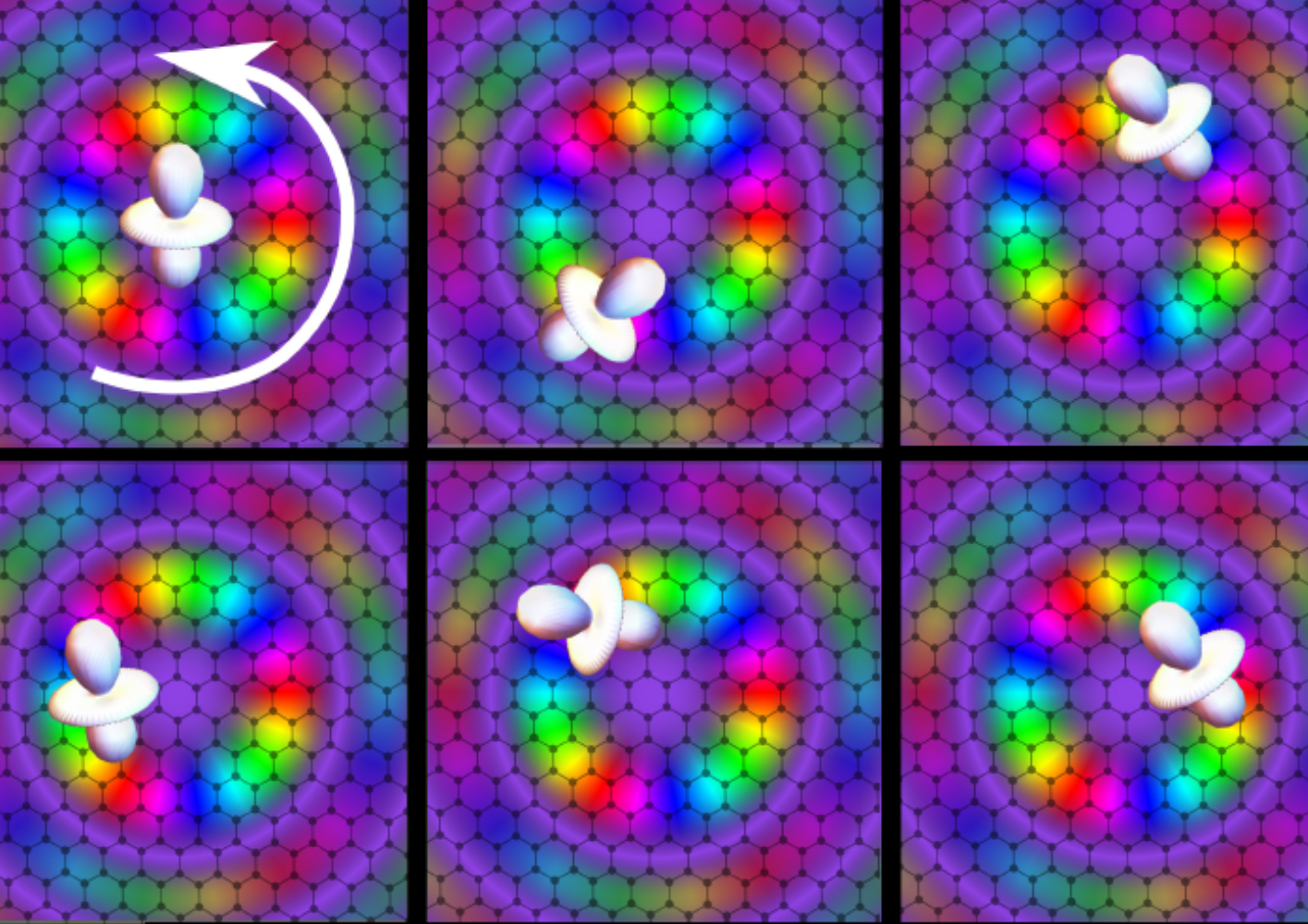 Recent years have seen growing interest in the shaping of the wavefunction of photons and electrons.

For example, it is possible to produce waves with the characteristic helical wavefront of vortex beams or with other interesting shapes, or in the shape of a Bessel beam in order to test the properties of the Cherenkov radiation. The latter is the characteristic light that charged particles emit when they travel through dielectric media close to the speed of light, generating a phenomenon that is the light equivalent of a sonic boom).

The talk explores how such new capabilities could enable scientists to exploit new kinds of interactions between light and matter.

It also discusses how shaping the electron wavefunction can alter fundamental processes of light emission. By exploiting the exactly-periodic and highly stable nature of electron wave interference in electron microscopes, it is possible to control the frequency and angular spectrum of the emitted light.

Conversely, shaping wave-packets of light allows one to alter the electron wavefunction with a very high efficiency (i.e. altering completely the shape of the electron beam). This can be done, for example, by means of of surface plasmon excitations.

Different examples are made of shaping the spatial/temporal profile of laser pulses. This way one can produce electron vortex beams and control their acceleration.

The shaping of the electron wavefunction is also shown applied to many different emission mechanisms – for example the Brehmstrahlung, Cherenkov and transition radiation. WIn these cases the coherent shape of the electron beam translates to desirable and/or unexpected properties of the resulting X-ray or visible radiation.

A new era of wave shape manipulation is therefore predicted.

This talk is geared towards an audience of physicists interested in the unconventional possibilities coming from beam-shaping implementations realised outside the field of electron microscopy.

It also provides an overview of some common misunderstandings and imprecisions in the calculation of electron-light-matter interaction, and available strategies for tackling them in a correct manner.

Ido Kaminer is a faculty member at the Technion Faculty of Electrical Engineeing. He studies the fundamentals of light-matter interactions in nanophotonics and in settings of 2D materials, developing new concepts for light generation in spectral ranges inaccessible by existing technology. Ido’s research specifically focuses on the light-matter interactions of shaped particle wavefunctions, in which he made contributions to the quantum electrodynamics of relativistic electron wavefunctions. Ido is an Azrieli Faculty Fellow and won a Rothschild Fellowship, MIT-Technion Scholarship, and a Marie Curie Fellowship, for his postdoc. During his PhD, Ido has discovered new classes of accelerating beams in nonlinear optics and electromagnetism, for which he received the 2012 Israel Physical Society Prize, and the 2014 APS Award for Outstanding Doctoral Dissertation in Laser Science.