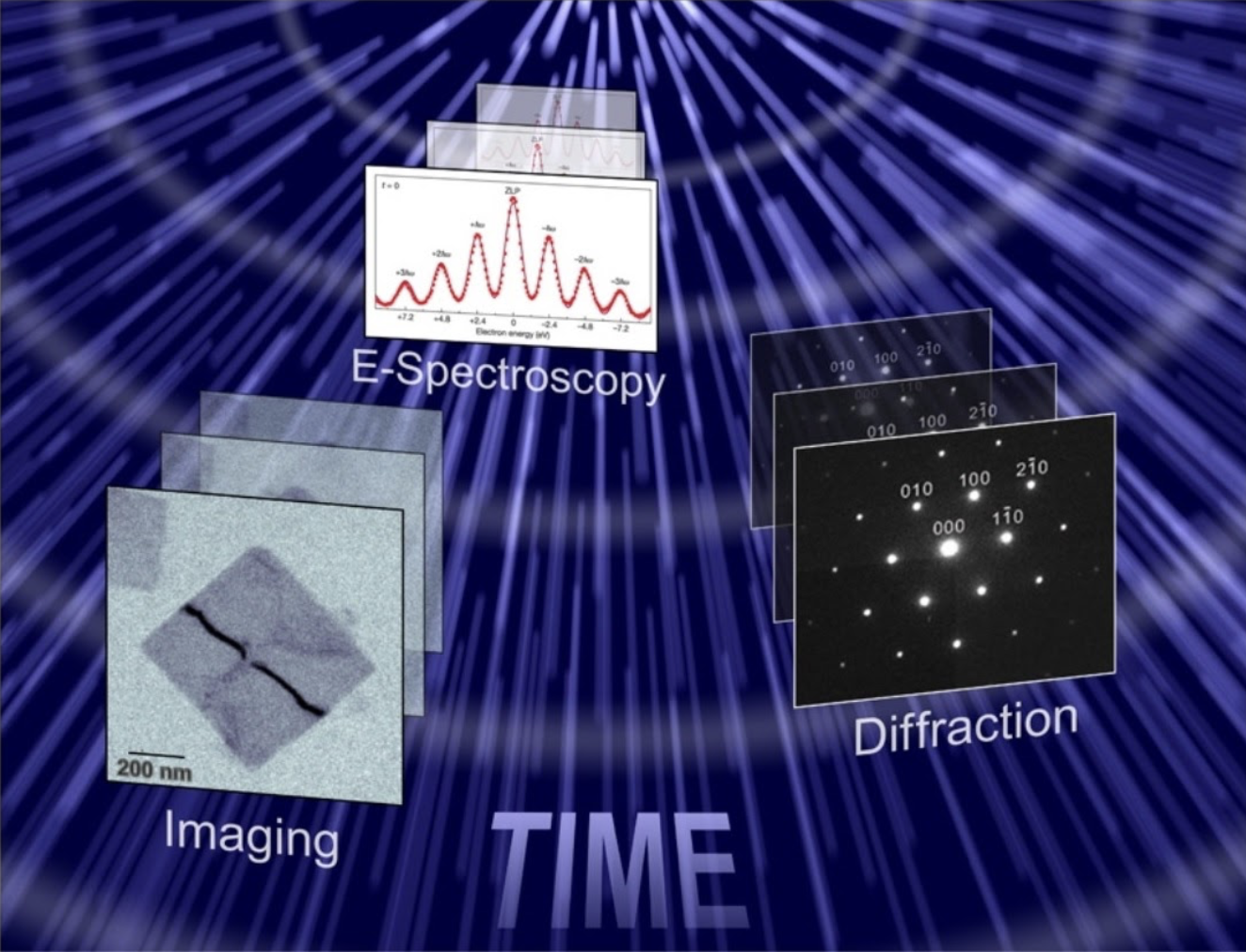 NanoInnovation 2021 , the most important Italian event on micro and nanotechnologies and their integration with KETs, this year featured a special event called “New Frontiers in Electron Microscopy.”

For nanoscience, this approach has unique advantages with respect to conventional methods. The high versatility of this configuration can provide the direct probing of atomic motions and real-space evolution of single particles, as well as the dynamics of low- and high-energy material excitations, such as plasmons and excitons.

Three out of the four speakers at this event are leading scientists in recently EU-funded projects:

Vincenzo Grillo (National Research Council, Italy), the Principal Investigator of the FET Q-SORT and MINEON projects presented a talk on “Adaptive optics and where to find them. A guide to new ideas and application to material science”.

His colleagues, Giovanni Maria Vanacore (University of Milano Bicocca) and Fabrizio Carbone, respectively Principal Investigator and Co-Investigator of the FET project SMART-electron offered two talks, the first one focused on “Ultrafast Electron Microscopy: Femtosecond imaging, diffraction and spectroscopy for material science and quantum applications”. And the second one on “Transmission electron microscopy with engineered electrons”.

Prof. Carbone introduced the basics of time-resolved ultrafast electron microscopy, then discussed the different mechanisms of electron-light interaction, and finally presented studies on the generation, visualization, and coherent control of localized plasmonic excitations in nanophotonic structures.

The session continued with the talk by Dr. Giovanni Maria Vanacore from the University of Milano-Bicocca, the scientific coordinator of the SMART-electron project, whose research is focused on investigating materials by ultrafast electron microscopy with engineered electron pulses via electron-light quantum interaction. In the first part, Dr. vanacore discussed the nanoscale-femtosecond observation of phase transitions in Mott insulators via two-color near-field electron microscopy, while in a second part, he discussed the generation and control of ultrafast vortex electron pulses via chiral plasmons. The latter is a genuine example of light-induced electron beam shaping and represents a first rudimentary example of a photonic-based free-electron modulator, which is the technological objective of the SMART-electron project.

All three speakers were invited to participate in this conference in view of the pioneering work that they are carrying out in their respective projects.

The European Commission, through its Research Executive Research, funds  trans-national scientific research projects through dedicated calls for entries, such as those of the competitive FET Programme. This approach makes cutting-edge projects such as SMART-electron and Q-SORT possible.

Regarding the usefulness of European funding for a scientist’s career, Dr. Vanacore had this to say:

“The funding from the European Union through the FET-Open call has played and is playing a fundamental role in shaping up my scientific career as a young principal investigator. The effects are numerous and they pervade several dimensions. First, it allowed me to gain an increased visibility both within my own institute, which is always beneficial for a junior faculty, and within the international scientific communities of electron microscopy and photonics. Moreover, the funding is significantly contributing in shaping up the facilities of my laboratory with state-of-the art instrumentation. Strictly connected to the latter aspect, it is considerably boosting my chance of realising my vision, transforming my scientific idea into a technological reality. Finally, due to the consortium nature of the project, it is giving me the chance to develop managerial skills in guiding a group of very gifted people across several institutions/companies and across several countries.”