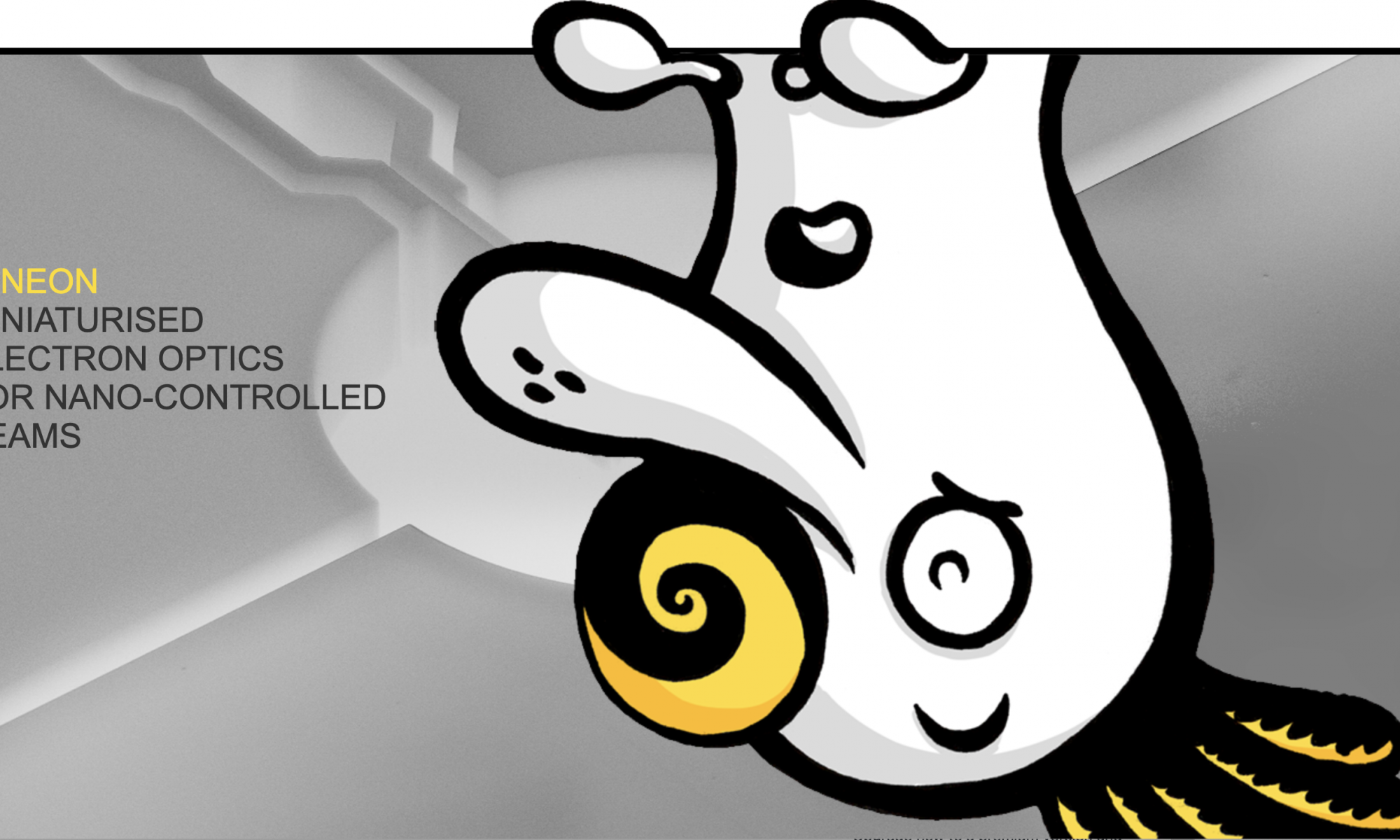 Electron microscopy allows scientists to measure and image material properties down to the very atomic scale, bringing to fruition Feynman’s visionary idea that saw in the electron microscope the main instrument for nanoscience. However, its development has been restricted for many years to improving spatial and energetic resolution, through the adoption of bulky sets of magnetic lenses and multipoles. This approach has begun to feel limiting – since cross-fertilisation with light optics has shown the many possibilities hidden in the newly-acquired capacity to perform electron beam shaping.

In the course of the Q-SORT FET project, we devised and perfected various different techniques to shape electron beams. In particular, Q-SORT pioneered an innovative approach to electron beam shaping based on MEMS technology and complex analogue control of the device. These exciting developments are driving electron microscopy into a new era, which is notable for the newly-acquired capacity to extract novel quantities of interest from the sample, and to better characterise samples which are often too fragile for present-day techniques.

One of the many results we obtained in Q-SORT is the capability to manufacture and operate a spiral phase plate (SPP) for electrons, based on the so-called “chopsticks” design. This is an extremely useful device of the widest applicability, since it produces contrast enhancement (edge enhancement) in sample images – a potentially game-changing feature for weak-phase samples, such as organic tissues & molecules. SPPs can also be used to produce arbitrary vortex beams and Bessel beams, both of which can be useful as advanced probes – e.g. as a tool for EMCD (electron magnetic circular dichroism) or for all experiments making use of vortex beams. Q-SORT scientists were the first in the world to produce working electron SPPs. Although we could manufacture electron SPPs (eSPPs) as holograms etched in a substrate, the object of MINEON is a spiral phase plate based on electrostatic fields. This as well was built during Q-SORT as a prototype. Compared to the semiconductor version, the eSPP has the advantage of producing no attenuation of the electron beam and of being tuneable. These two characteristics make it the ideal method for generating vortex beams.

MINEON will strengthen European leadership on several levels.
From a technological and innovation viewpoint, the project will take a scientific result obtained in Q-SORT, perfect the design and validation of the prospective product (the eSPP), possibly up to TRL 7, and assess its economic viability both in terms of cost model and of market size.

From a value creation & scientific excellence viewpoint, advanced prototypes of the eSPP will be lent to two other strong research groups.
This is not only useful for further validation & feedback, but also, crucially, lays the foundation for new world-class research collaborations stemming from Q-SORT.