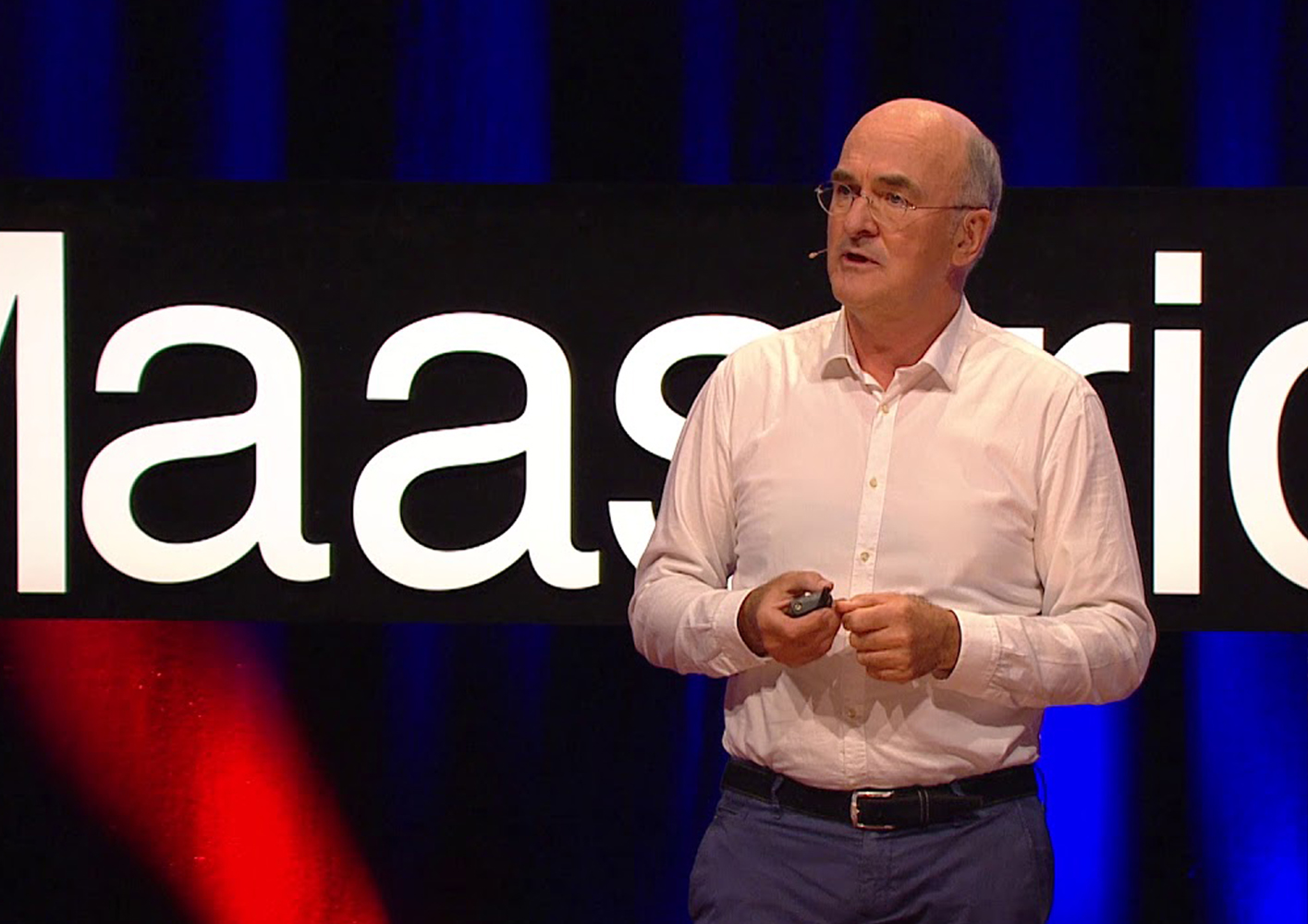 Since 2015, nano-biologist and Q-SORT Scientist Peter Peters has been working with his research group at Maastricht University at Brightlands Maastricht Health Campus to unravel the mysteries of how cells work. He does this by studying the 3D structure of gene products (the proteins) in healthy and diseased cells. This knowledge is essential to the fight diseases such as cancer and tuberculosis, but he hopes that his institute can also contribute to the DNA revolution (‘gene modification light’ as Carola Schouten calls it) in agricultural and horticultural crops. Together with the Brightlands Greenport Campus in Venlo, he would like to work in close collaboration with a new research group. “We are going to help make fruit and vegetables immune to diseases.”

Genetic modification – these words alone are enough to get the opponents of food manipulation all riled up. ‘There are even politicians claiming that they won’t eat potatoes that contain DNA’,  scoffs Professor Peter Peters, who grew up on a farm in Limburg. ‘How funny is that? There is DNA in every crop. They probably mean DNA modification. The wild potato is not suitable for human consumption. Everything we see on our plates contains DNA and was once genetically modified by many cross-breedings and reverse cross-breedings, the undesirable traits have disappeared from crops.’

In addition to classic crop improvement, in recent years, research on directed gene modification has been used on an increasing basis to make crops resistant to pathogens. ‘This is necessary, since the world population is growing and we are using too many crop protection products. It’s a huge help if you can grow the crops in such a way that they are without pesticides hardly ever affected by disease. We can actually achieve this by specifically modifying the DNA in the seeds and thus the crops thereby protecting it from viruses, bacteria and fungi.’

It’s hardly a new concept. For many years, scientists have been investigating ways to influence the DNA of plants and animals. Even a medium-sized encyclopedia wouldn’t be enough to describe the advances being made, but Peter Peters points to a recent revolutionary development: CRISPR-Cas technology. ‘This is a method that enables the modification of DNA with unprecedented precision. People no longer refer to it as genetic modification, but instead, as ‘genome editing’. The Wageningen microbiologist John van der Oos recently won a Spinoza Prize for this. People are also working hard on this technology in Asia and the U.S., and fortunately, Minister Schouten in the Netherlands has now also approved experimentation in this area as she calls it (‘gene modification light’). CRIPR-Cas makes it possible to arm plant cells against harmful pathogens and other parasites such as nematodes and insects. It does this in a very targeted manner, right in the relevant part of the DNA. The first astonishing results have already been seen in the fight against disease. Scientists, including myself, have very high expectations for this technology.’

It goes without saying that Peter Peters closely follows these developments with his team, precisely because of the work he’s doing in Maastricht, visualizing the 3D structure of the DNA products (proteins) in a cell. ‘Once you know the behavior and traits of the proteins, the door to revolutionary therapies that only involve ‘light’ interventions in the DNA opens, making it impossible for disease-causing pathogens to thrive. You could see it like a lock and a key. By modifying the lock slightly, the key will no longer fit and the intruder will no longer be able to get in. This applies to human and animal cells, but certainly also to the plant cells as in our food crops.’

Improvement. This brings us to Venlo, in the heart of the second-largest horticulture region in the Netherlands, where high-quality horticultural crops are grown in ultra-modern greenhouse complexes and outdoor. ‘We like to do this together with plant breeding companies’, Peter Peters adds. ‘Very few people know that two-thirds of all the seeds in the world are developed in the Netherlands.

You won’t find this much knowledge in such a small area anywhere else in the world, which is why it’s the most logical place to capitalize on the new developments in genome editing. There is a concentration of knowledge and skills as well as universities and institutes of higher education at and around Greenport Venlo, and facilities and innovative companies based at and around the Brightlands Campus. Then there is our The Maastricht Multimodal Molecular Imaging institute (M4I) at the Brightlands campus in Maastricht where we do in-depth cell and DNA and protein research. The crossover is obvious.’

‘It would be great if we could take a first step in the short term towards achieving ‘green and sustainable’ cultivation of crops, together with Venlo and our M4I institute’, Peter Peters continues. ‘A research group focused on plant pathogens could work closely with leading companies in seed breeding that would co-finance and co-develop the research, and have its own researcher stationed at our M4I.’
Peters can name the first research field fairly quickly. ‘We are starting with verticillium wilt, a very common plant disease that occurs in the greenhouse cultivation of tomatoes and strawberries, among other crops. The fungus spreads during the cutting process and penetrates the plant through the roots, disrupting the sap flow. The diseased and dead plants must be removed and the soil has to be disinfected which leads to substantial business damage. Genes that are resistant to this pathogen have already been identified in potatoes. We are going to clarify the 3D structure of the fungus at the nano level, enabling us to make minuscule genetic modifications to tomatoes and strawberries to make them immune.’

This translates to commercial profit, but also considerable environmental gains, Peter Peters wants to emphasize. “This means that a significant reduction in the need to use pesticides on the land and in the greenhouses that are harmful to the environment. It’s a major step forward on the road to sustainable agriculture and healthy food. The advantages are numerous and they don’t make people sick. It is the future of agriculture and horticulture and the new weapon in the fight against serious plant diseases.”