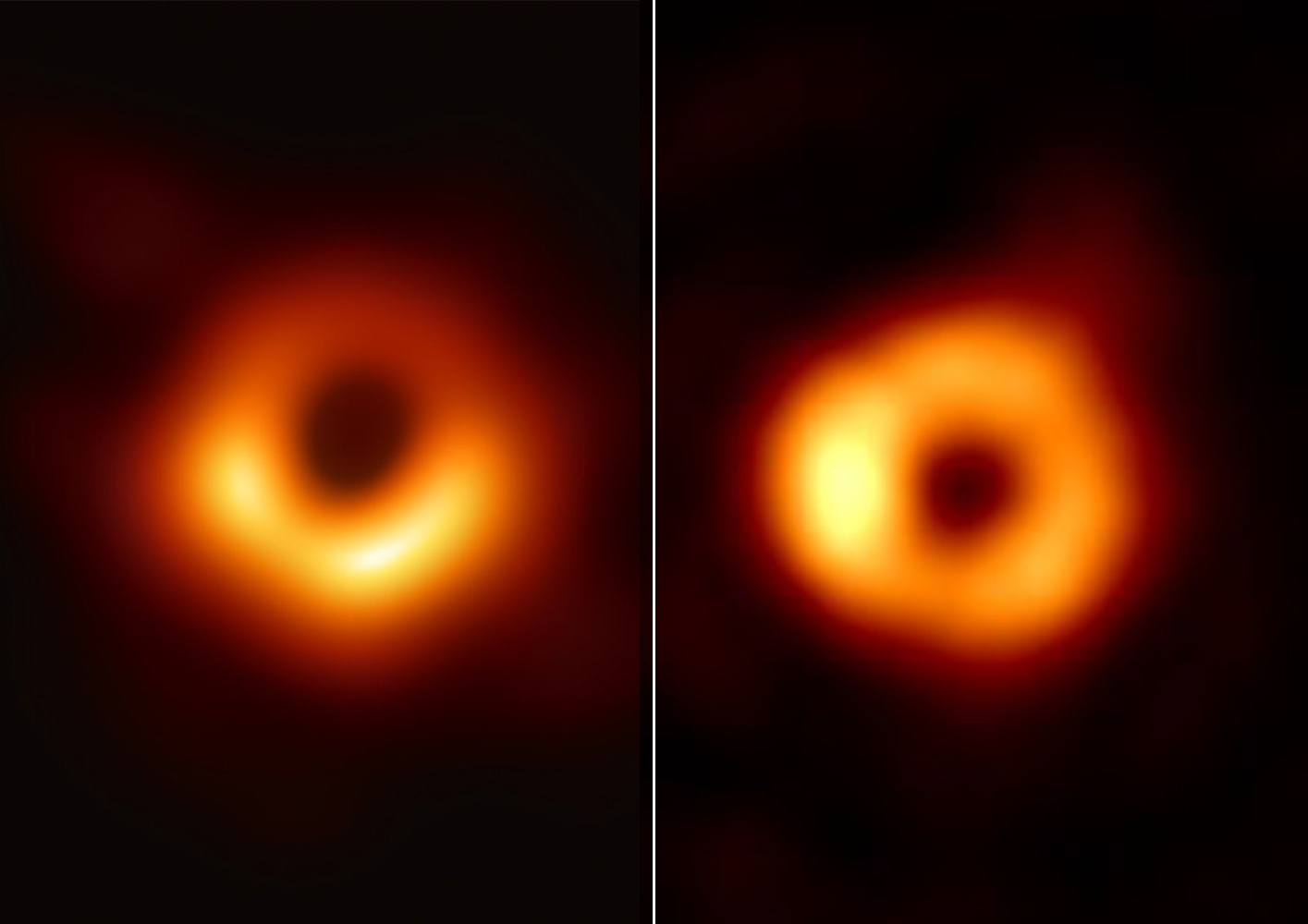 The figures below represent respectively (Fig. 1)  the recent image of a black hole, which since yesterday has been going around the world  and,  (Fig. 2) the intensity on the screen of an electron vortex beam. 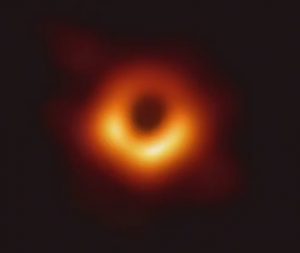 Fig 1. The first ever picture of a black hole: it’s surrounded by a halo of bright gas

What lies behind the apparent similarity between the two objects?

The most mathematical answer is that they both are, in a different sense, mass distributions characterised by mathematical singularities. 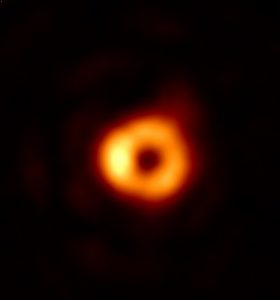 Singularity in this context means that common physical quantities, such as position, velocity, and time, are either indeterminate or infinite.

Crucially, this could be an indication that the description of the system provided by the current physics paradigm outside the singularity might no longer hold true at the singularity.

For instance, at the centre of the electron vortex beam, the tangential component of the velocity is indeterminate, as all velocity vectors collapse into one point – where, by symmetry, no special direction can be chosen. On the other hand, at the centre of a black hole, spacetime is warped to the point that its curvature infinite.

In high-order vortex beams, singularities in the phase of the electron are all placed at the boundary of high-intensity circles. Whereas in the black hole the Event Horizon defines a boundary beyond which matter is irremediably sunken and time is ‘frozen’.

In the case of a vortex beam, the singularity is only present if the system is described by a bi-dimensional (2D) mathematical theory on the plane orthogonal to the direction of propagation. But if seen in its full three-dimensional (3D) development, this singularity disappears or, rather, it acquires a different meaning because of an additional velocity component that did not appear in the 2D picture.

It is interesting, therefore, that in recent astrophysical theories based on the holographic principle, a similar change of dimensionality in the mathematics can make the singularity of a black hole disappear.

Still, vortex beams and black holes are inherently different beasts: one is a microscopic structure, best described by Quantum Mechanics, while the other is a humongous arrangement of matter, fully described by General Relativity – two theories that so far nobody has managed successfully to reconcile.

Is the secret behind the reconciliation of these two realms contained in this appealing analogy?